India’s Golden Triangle tour with Udaipur connects you with – Delhi, Agra, Jaipur and Udaipur. Our trip starts from Delhi which has been the most important seat of Islamic rule in India – right from the time of the Sultanate to the Mughal Empire. Get ready to get engrossed in the history of places like Lal Quila and Humayun’s Tomb as we take you on a city tour of Delhi. Explore Agra, famous for the Taj Mahal and the former capital of the Mughals. Jaipur and its numerous wonders are proof of Rajput grandeur and bravery that could retain Rajasthan as a Hindu state. Udaipur, the former capital of Mewar, is a soothing feast for the eyes with its picturesque lakes and majestic palaces. In this 07 Nights -08 Days Golden Triangle Tour with Udaipur from Forefront Tours, we will also introduce you to various handicrafts that are native to this region and you will also get ample opportunity to taste non-vegetarian Mughal dishes as well as vegetarian Rajput treats.

Day: 1: Arrival at Delhi and relax at hotel

Upon you arrival at Delhi airport, our representative will transfer you to air-conditioned car as you leave for your hotel. Spend the day at leisure. Enjoy shopping in the colorful markets of Delhi. Return to hotel for overnight stay.

After breakfast, you will take a trip down the lane of Mughal history as we take you on a full day sight-seeing outing at “Dilwalo ki Shahar” – Delhi. Situated on the banks of Yamuna, the Red Fort or Lal Quila stands testimony to Shah Jahan’s love for art and architecture. The fort was constructed in the 1630s-1940s, marking the shift of the Mughal capital from Agra to Delhi. Visit Jama Masjid –another marvel constructed in the Mughal Era. Its sheer majestic appeal will surely take your breath away. Formerly known as Masjid-i-Jahan Numa or “mosque commanding view of the world”, its single courtyard can accommodate more than 25,000 people. Built by Qutub-ud-Din Aibak in 1193, the Qutub Minar even today stands as a symbol commemorating the glory of Muslim rule in Delhi. It was built after the defeat of the last Hindu ruler of the capital. The highest tower standing in India and the surrounding complex will be a paradise for photographers. A visit to Maqbara-i-Humayun or Humayun’s tomb will take you back in time. It was built after the death of benevolent Emporer Humanyun by his first wife and chief consort, Bega Begum. Many visitors say that the sadness of Bega Begum after the death of her husband and lover can be still felt there today. Return to hotel for overnight stay. 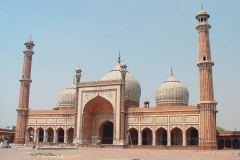 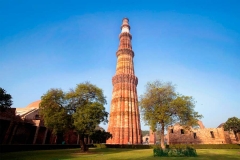 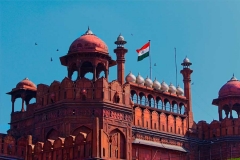 Day 03: Drive to Agra and city tour of Agra

After breakfast, you will leave for beautiful city of Agra. The picturesque countryside will be a soothing treat before we start exploring the numerous gems of Agra. A symbol of love; a man-made wonder; a monument of beauty – all descriptions fall short when it comes to the Taj. Nothing can compare the feeling you will have when you lay your eyes on the ivory-white façade of this architectural wonder. A group photo with the monument in the background will be great. Visit Agra Fort which served as the residence of the Mughal emperors till 1638 when the capital of the empire was shifted to Delhi. The fort is no less than a walled city in itself. Also visit Itimad-ud-Daulah was a title given to Mirza Gyas Beg, father of Noor Jahan, the wife of Jahangir. The tomb of Beg, our next stop, was drafted after the Taj Mahal and earned the name “Baby Taj”. Agra also boasts numerous markets in the city from where you can buy marble handicrafts and ornate boxes. Return to hotel for overnight stay. 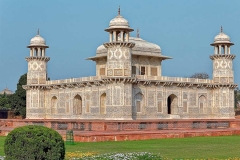 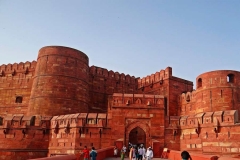 Optional: This morning, you can visit Taj Mahal again at the time of sunrise. After breakfast, you will leave for Jaipur. On the way, we will also be stopping at two beautiful spots – Fatehpur Sikri and Abhaneri. Fatehpur Sikri was Mughal Emperor Akbar’s capital and it was founded by him in 1571. The picturesque city-monument is 3 km long and 1 km wide. It is surrounded with walls on 3 sides and a lake on the fourth. Drive again towards Jaipur and on arrival check-in the hotel for overnight stay. 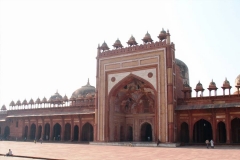 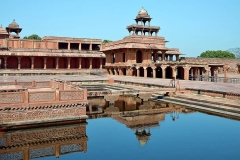 After breakfast, we will introduce you to the glory of the Rajput rule in the state – Jaipur. Rajput monuments are still well-maintained and in good shape giving you a good perspective of the art, culture and architecture of the Rajput era. Amber Fort is engulfed in nostalgia as it was once the capital of the Jaipur princely state. It is a UNESCO world heritage site and one of the 6 hill forts of Rajasthan. The architecture is unique of its kind as it accommodates both Hindu and Islamic styles. A special attraction of the Amber Fort visit is the elephant ride that will conclude it. Visit scenic Jal Mahal – is situated in the middle of the Mansagar Lake. The architecture is symbolic of the Rajput style of building a majestic palace in the middle of the lake. The palace boasts a picturesque view of the beautiful lake and the surrounding hills. Visit City Palace built when Maharaja Sawai Jai Singh II shifted his court from Amber to Jaipur. The city palace was primarily an administrative centre and is witness to the rise and fall of numerous maharajas. Today it houses the Maharaja Sawai Man Singh II Museum and is home to the Jaipur royal family. Connected to the women’s chamber or zenana of the City Palace is the most famous tourist destination of Jaipur – the Hawa Mahal. It was built by Sawai Pratap Singh who was inspired by the unique design of the Khetri Mahal. The façade resembles a honeycomb and has 953 windows or jharokas and intricate carvings. A few yards away stand the state museum of Rajasthan – Albert Hall. The building, a fine example of Indo-Saracenic architecture is situated inside the lush Ram Niwas garden, just outside the city palace. An evening in Jaipur is best enjoyed through street-shopping. Jaipur’s range of handicrafts – both expensive & inexpensive is unparalleled – be it the semi-precious jewellery of Johari Bazaar or the minakari on marble work of Chandpole Bazaar. Apart from these, jootis, bandhni fabrics, handmade bags, boxes etc can be picked up as souvenirs. Return to hotel for overnight stay. 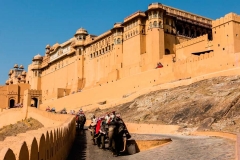 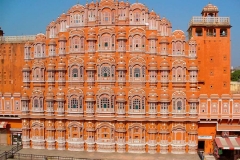 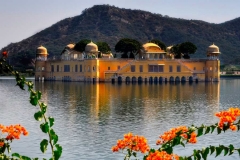 Day 06: Drive to Udaipur and relax at hotel

After having breakfast at the hotel, depart for Udaipur. On arrival, check in the hotel for comfortable overnight stay.

Have breakfast and then take a trip exploring the unique beauty in this city in the state of Rajasthan as we take you around sightseeing some of the city’s most magnificent spots. Explore Jagdish Temple, situated just outside the royal palace. The three-storey temple dates back to 1651 and is an example of architecture inspired by Hindu iconography. Visit City Palace, it was built over a period of 400 years. The architecture is thus an amalgamation of the contributions made by numerous rulers over the years. Situated on the eastern banks of Lake Pichola, the palace is majestic, the largest of its kind in Rajasthan. From the hilltop palace, one can get a scenic view of the lake along with the rest of the city. The trip to the city palace will conclude with a boat ride on Lake Pichola which is an artificial lake built in 1362 AD. Named after Maharana Sagar of Udaipur and Mewar, Fateh Sagar Lake is situated to the north-west of Udaipur city. Nehru Park, an island on the lake is a spot where one can unwind and spend some time. Also visit Monsoon Palace or Sajjan Garh palace – is perhaps one of the most beautiful and stately palaces of Rajasthan. It was built atop a mountain overlooking the Fateh Sagar Lake by Maharana Sajjan Singh in 1884. Built to keep an eye on the monsoon clouds, the palace offers a panoramic view of the lake and surrounding areas. 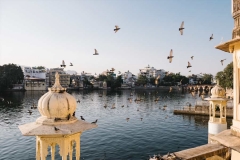 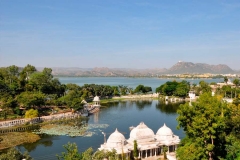 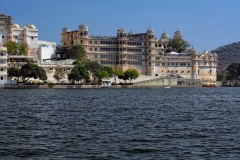 After breakfast, you will be dropped at Udaipur airport to board your flight to Delhi. Board your next flight to home or next destination. 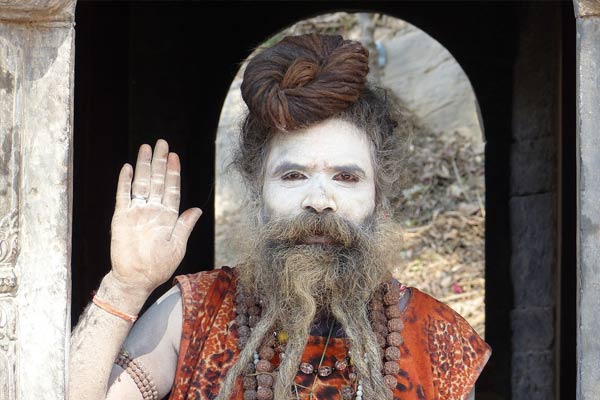