Jodhpur is a city of the Royals. The city architecture of Jodhpur has been unaffected by the pangs of modern civilization and it is lovingly called the ‘blue city’- thanks to its blue painted houses. Mehrangarh Fort is one of the well-restored forts in Rajasthan. The museum inside the fort is a major attraction, as apart from containing items of royal importance, it contains over 15,000 items from Maharaja Gaj Singh II’s personal collection. The fort also adorns itself in the beauty of cultural and folk performances during dusk. One can go zip-lining over Mehrangarh Fort on the Jodhpur Flying Fox to satiate the spirit of adventure. Umaid Bhawan Palace is a comparatively younger member in Rajasthan’s array of palaces and forts but its architectural splendour is no less. A part of it is still occupied by the royal family today. The remainder is a luxurious heritage hotel. The museum containing rare photographs of the royal family is a must visit. Built by Maharaja Sardar Singh in 1899, the Jaswant Thada, a cenotaph, serves as the cremation ground for the royal family of Marwar. The Rao Jodha Desert Rock Park was created in 2006 to keep the ecology of Jodhpur and surrounding areas intact. It runs over 70 hectares and one can enjoy a peaceful time exploring it on the walking trail. The city of Jodhpur is a beauty! The blue painted walls of the houses, the clock tower of the old city and its markets – all have a distinct charm. In Jodhpur, you can savour some traditional Rajasthani delicacies. Jodhpur is particularly known for its spices, especially the Mathaniya chillies and for silver jewellery. 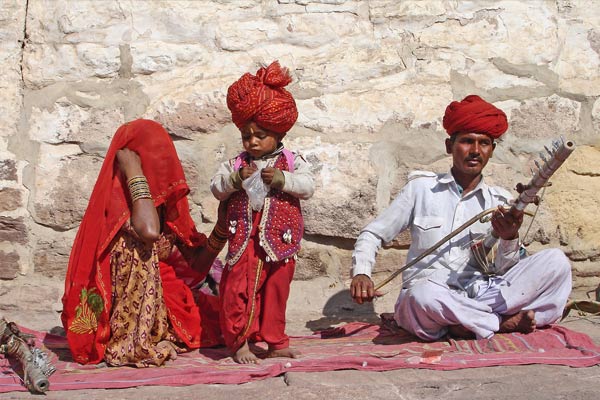 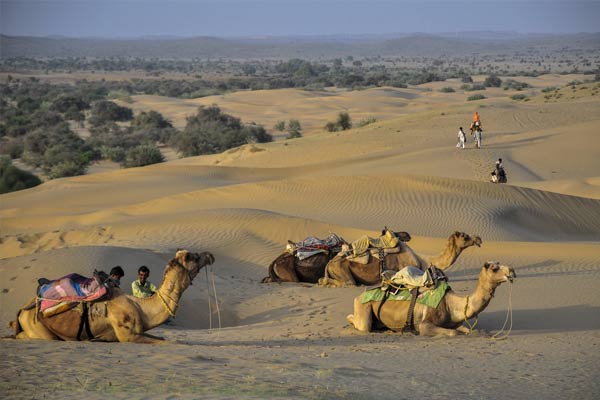 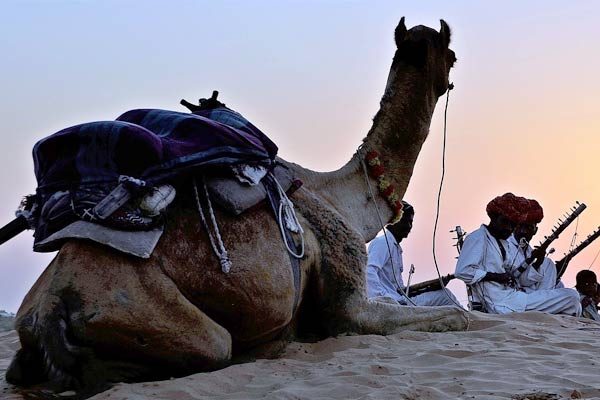